Andrew Conway was a star player in Blackrock College, helping the school to a Junior and Senior Cup. Such was his natural talent, Andrew joined the Leinster Academy straight from school at the start of the 2009/2010 season and got his professional contract with Leinster in 2010. In 2013 Andrew was offered a Munster contract, where over the last number of years, he has been one of Munster’s most consistent players. In 2017 Andrew got his first cap for Ireland. Throughout the 2019 Rugby World Cup, Andrew was one of the Irish squad’s best players and his form continued into the start of 2020 Six Nations.  Andrew spends much of his free time on recovery and mental preparation, ensuring that his body and mind are in the best possible state for training and matches to make him the best possible player that he can be. Andrew is a proud Ambassador with adidas and Lifestyle Sports as well as for much-loved charity, Make-A-Wish Ireland. He lives in Limerick with his fiancée Liz and bulldog Sadie. 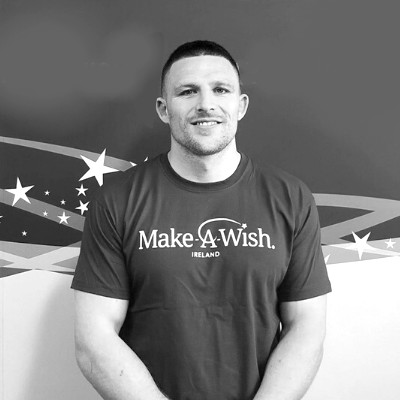